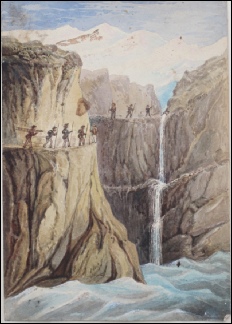 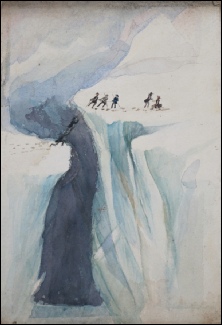 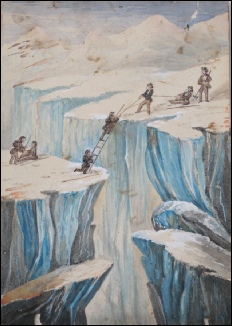 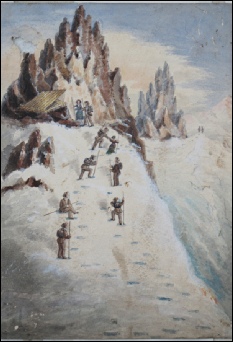 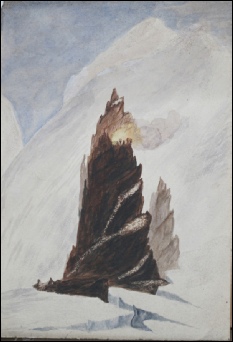 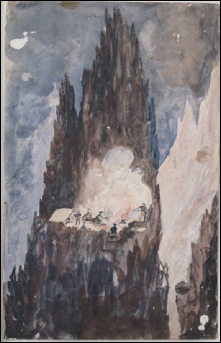 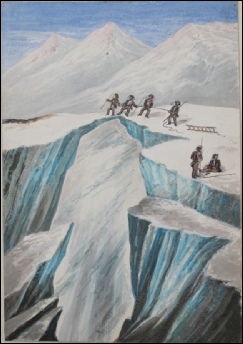 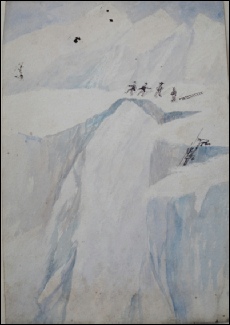 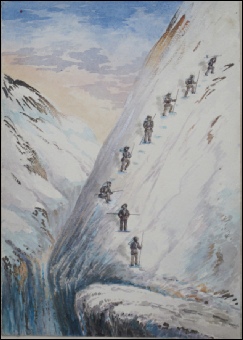 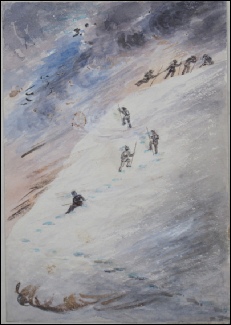 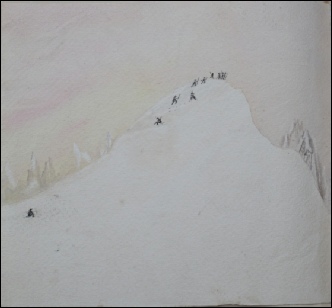 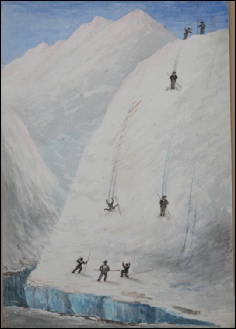 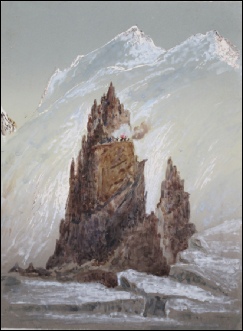 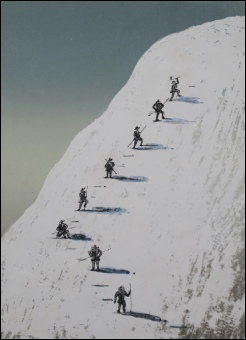 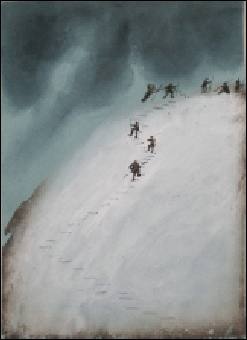 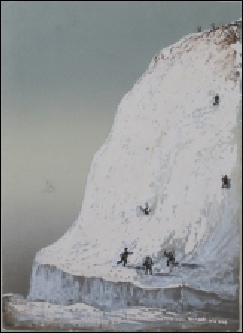 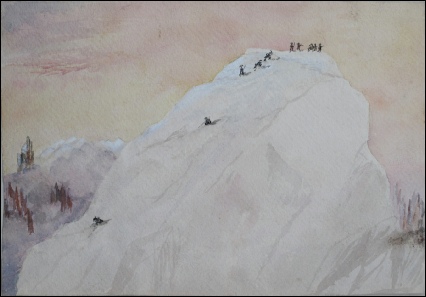 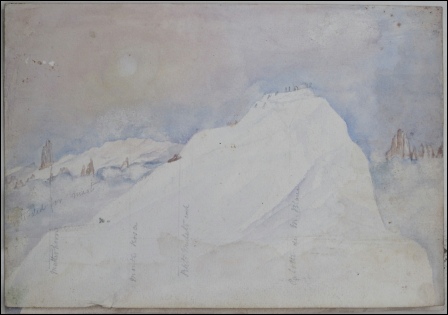 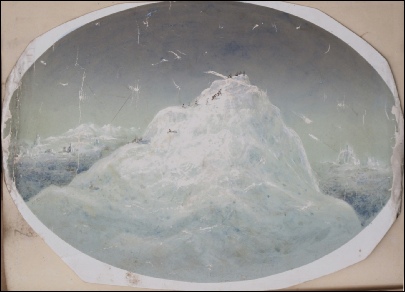 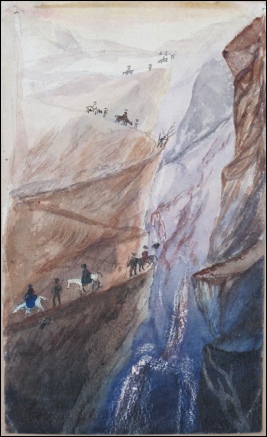 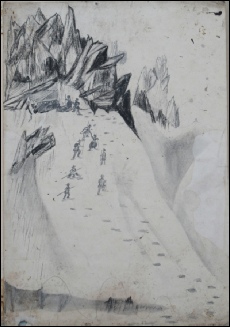 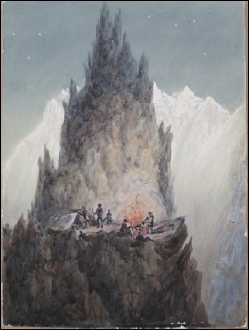 An ascent of Mont Blanc in 1851 took with it two ladies as far as Les Grands Mulets. The party would appear to have been made up of eight or so others including guides. Who made the ascent and is this the only example of the record of this ascent.

The Story of Mont Blanc by Albert Smith

Julius Behrens (of Manchester)  . Sept. 1851. This ascent had an unfortunate termination. One of the guides, Payot, had his feet frostbitten; and the fore-parts of them were amputated on his return to Chamouni. He now keeps a little chalet for the sale of refreshments on the path to Montanvert, about twenty minutes from the valley floor.

The two female figures being escorted to the Grands Mulets below could possibly be his sisters.  And one of them may well have been the amateur artist who recorded the ascent.

Behrens [1827-1888] (of Manchester) J. ASCENT OF MONT BLANC includes views of Dente Geante and Courmayeur.  pencilled notes give date of 1851   21 watercolour sketches of the ascent.  bound in the original album.

No notice seems to have been taken of his ascent of Mont Blanc in any Manchester newspapers; Albert Smith, The Story of Mont Blanc, 2nd edn, p. 178, one of the guides, Payot, had his feet frost-bitten on the climb, and the fore-parts of them were amputated later. Smith adds that Payot then kept a little châlet for the sale of refreshments on the path to Montanvert. Apart from his ascent of Mont Blanc, Julius Behrens is not known to have done any other mountaineering, but a 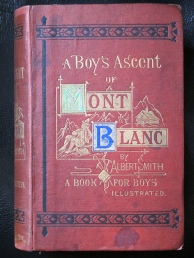 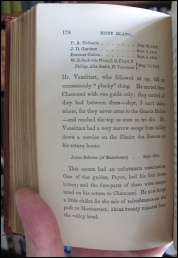