old Mountain paintings from the 19th century  may be viewed at www.mountainpaintings.org

Beyond the Mountain : by Steve House

7947 Hardie N. ON MY OWN TWO FEET. The life of a mountaineer.   Canterbury University Press.  2006 1st.  pp323.  cold. and b.w. illus. and 5 maps. cold. illus. p.b. A fascinating autobiography of one of the finest New Zealand mountaineers. Hardie led one of the two summit pairs that made the first ascent of Kangchenjunga. This copy SIGNED by the author. New  £25

6330 Hunt J. THE ASCENT OF EVEREST.   Hodder & Stoughton. 2003 50th. anniversary edition.  pp280.  one of a Limited Edition of 1000 copies. cold. frontis. cold. and b/w plates. text illus. by Charles Evans. map diagrams. new foreword by The Duke of Edinburgh. with a f.e.p. having the facsimile signatures of all 15 members of the team. in original slipcase. New in dw £55

I also buy mountaineering books, so if you are considering selling your collection you might do well to contact me first for a valuation.

East of the Himalaya Mountain Peak Maps. Alps of Tibet and Beyond

A full view of the eastern part of the Tibetan Plateau & Hengduang Mountains. pp333 with 540 photographs in colour and numerous maps

just published c. £62 The text in English as well as Japanese

can be ordered directly from the publisher

Wade Davis INTO THE SILENCE. The Great War, George Mallory and the Conquest of Everest.  The Bodley Head  2011 1st. U.K.  pp672.    An enthralling twist on the first three Everest expeditions and hugely well researched and written. Soon to become a classic of mountaineering literature.  £25

The story of one of the worst disasters in the history of mountaineering, when eleven of the world’s best climbers died on a single ascent in 2008. The book is written in a thrilling style like Touching the Void and Into Thin Air; it captures all the tension and

tragedy of that fateful day.

A social, economic and cultural history of British rock climbing and mountaineering charting the conditions that gave rise to the sport, and the achievements and motives of those who have shaped its development over 200 years. Today’s climbers share a desire to escape from urban society but what makes them take that unjustifiable risk?

Collection of published writings on the Everest by George Mallory, the

Hillary. George Mallory belongs to a short but distinguished line of literary mountaineers such as Joe Simpson, Jon Krakauer and Edward

Whymper, the conqueror of the Matterhorn. He answered the questioned

'Why climb Everest' with the dry put down 'Because it is there.' In this book his published writings on Everest are collected for the first time. 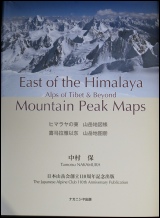 The Pen y Gwryd Hotel: Tales from the Smoke Room.

-The Home of British Mountaineering in the Heart of Snowdonia-

With an introduction by Jan Morris. Gomer Press When Edmund Hillary and Tenzing Norgay first stood on the top of Mount Everest, only a handful of people knew the debt of gratitude they owed not only to the mountains of North Wales but also to a little hotel in the lee of Snowdon.

It was at the Pen y Gwryd Hotel (or 'PyG') that members of the 1953 Everest Expedition stayed during their training for that historic adventure, and it subsequently became - and remains - a place of pilgrimage for mountaineers the world over.

With an introduction by Jan Morris, the Times reporter who accompanied that first successful expedition and broke the story to the world, The Pen y Gwryd Hotel: Tales from the Smoke Room tells the story of 'one of the great climbing inns of Europe' through series of anecdotes, reminiscences and tributes, including contributions by a veritable who's who of walkers, climbers and writers.